Standing Out in a Crowd

Summary: The electricity market meltdown in 2000 formed the basis for a large redesign project that spanned nine years, with the implementation in April of this year. In this month's feature, Miranda Shumaker shares some of the many challenges they faced during the life of the project and illustrates how the Business Rule Approach that they followed helped them meet those challenges. [ read more ]

In thinking of different ways I could start this article, I thought I could give an explanation for how one could stand out in a crowd when I realized that the really important part of the article is the final result.  Rather than end with the important aspect of the article, and the main reason why I'm writing it, I'm going to lead with the numbers.

To be clear, the point of this article is not to say or imply any negativity towards the choices made by other companies involved in the same industry-wide project.  There were many companies affected by the project, and each one solved the challenges all of us faced in a way they felt was most beneficial for them at the time.

What I am pointing out in this article is that the implementation choices we made have shown to be very beneficial and cost effective for our company.  In addition, while talking with other companies we have heard the desire of some to change their implementation choices and, in some cases, redo what they've already paid for.  Hindsight can be very enlightening.

In our case, we feel we succeeded in many ways to live up to our members' value of (1) being a cost leader and (2) being agile under different market conditions and regulations.  Early on, we chose to follow the Business Rule Approach methodology, along with similar IT methodologies to implement the changes required of this industry-wide project.  We also made the conscious choice to build our IT systems in-house rather than hire a consultant.  These choices turned into a very successful project implementation within our company with no ongoing maintenance costs.

During the nine-year lifespan of the project over 10,000 pages of requirements were created by the California Independent System Operator (CA ISO) and provided to market participants (of which we are one) to implement systems within their own companies that were capable of interacting with the new CA ISO systems.  The estimated cost of this project is $1 Billion.

We faced many challenges during the life of this project, of which I will highlight a few.

Several implementation challenges were presented with this set-up:

As mentioned earlier, we chose to follow the Business Rule Approach methodology along with similar IT methodologies, and we built our IT systems in-house.

An essential element of our approach was to develop our own business language.  This may sound like a given, but it truly wasn't.  Some chose to adopt the terms and rules defined by the CA ISO and, in doing so, left themselves open to all the changes that occurred during the lifespan of the project.

Our business language has been developed using terms, facts, and rules based upon our business.  This solved several challenges around communication.  Being able to communicate clearly and consistently within our organization, as well as with other market participants and the CA ISO, has been a key to our success.  I mentioned earlier that the project involved roughly 10,000 pages of requirements that were ever-changing.  To add to the complexity, not only were the requirements changing, but so too were some of the terms; terms that began as theories were no longer valid several years later as implementation grew closer.  In defining our key business terms and tying them to the terms used throughout the industry we avoided changing our underlying business language.  The CA ISO or other market participants could change their terms as often as they needed without affecting our business.

Once the core business had been defined, IT began to develop systems and processes to meet the requirements of the business.  Our IT department is famous for being on the edge of innovation when it comes to meeting the challenges presented to them by the business.  One of our developers, for example, took on the challenge of processing the large payloads with a (then) new idea of XML DB.  It was a technological solution that had yet to be thoroughly tested and solved our large payload challenge with ease.  Innovation does not come with looking inside the cardboard box.

Our IT implementation ties directly to the business language developed utilizing the Fact Model.  For example, the Object Model used must align with the Fact Model through behaviors.  Similar terminology is also used in order to tie back to the business.  As a real-life example, one of our Developers created the following reminder above his workstation. 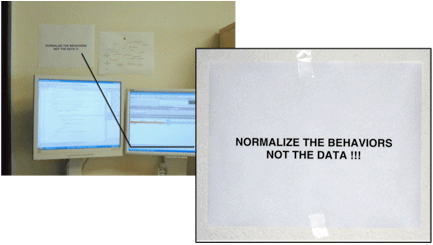 Figure 2.  Picture of one of our Developers' Workstation

Throughout the project we relied on three things:

The methodologies, tools, and technological solutions we chose were integral parts of our success with all three.

When all was said and done, 26 different internal systems were impacted by the MRTU project.  Five of those were built in-house specifically for the MRTU project, including the one used by Settlements.  Approximately two years were spent to define our business language as well as to develop and integrate IT systems.  Building a strong yet agile foundation takes time and dedication.  The final product speaks for itself:

Finally, to end where I began, the numbers speak for themselves. 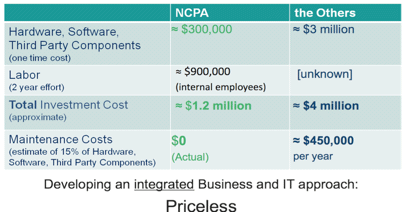 Miranda Shumaker is a Business Analyst at Northern California Power Agency. She has worked in the Wholesale Electrical Power industry for the past nine years, with the last six focused on designing, documenting, testing, and implementing business solutions from the business perspective. Miranda is a popular contributor to the Business Rules Forum Webinar Series and speaker at the Business Rules Forum conference, where she shares her experiences moving from business rule theory to enterprise implementation. Miranda can be contacted at miranda.shumaker@ncpa.com.

Read All Articles by Miranda Shumaker