Summary: The increasing need for agility, transparency, and control of business policy is coercing businesses to extract their business logic from obfuscated code in their IT components and to manage that business logic as a separate, independently-evolving asset, defined in business terms. The appeal of using Business Rule Management Systems (BRMS) to achieve this is clear: when used correctly, these tools can reduce policy change release cycles from weeks to hours and put business policy experts — not IT departments — in the driving seat. Why then are so many adopters of this established technology jeopardizing their own efforts and reducing the return on their investment by making the same ten mistakes? In this month's 'Rule Observatory', Silvie Spreeuwenberg has invited independent BRMS mentor Jan Purchase to discuss the first five of ten common BRMS adoption mistakes he has witnessed over six years of mentoring BRMS pilots in the investment banking and insurance sector. 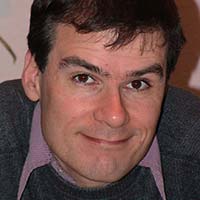 The increasing need for agility, transparency, and control of business policy is coercing businesses to extract their business logic from obfuscated code in their IT components and to manage that business logic as a separate, independently-evolving asset, defined in business terms.  The appeal of using Business Rule Management Systems (BRMS) to achieve this is clear:  when used correctly, these tools can reduce policy change release cycles from weeks to hours and put business policy experts — not IT departments — in the driving seat.  In addition, business rules can be used to prevent loss of intellectual capital when staff leave.  Business rules offer the ability to federate partial control of business logic to third parties, providing a new way of doing business.

Why then are so many adopters of this established technology jeopardizing their own efforts and reducing the return on their investment by making the same ten mistakes?  If you plan to adopt BRMS, how should you avoid doing the same?  In the first part of this two-part article, I discuss five common BRMS adoption mistakes I have witnessed over six years of mentoring BRMS pilots in the investment banking and insurance sector.

Business rules are often used in high-volume decision processes in which performance is critical.  Therefore, it is entirely reasonable that adopters of the technology should be wary about the performance of any BRMS product.  However, many organisations allow the introduction of a BRMS into their architecture to distract them from the big picture.  This leads them to err in three ways:  to assume that any performance issue encountered during the project is solely due to the (newly introduced) BRMS, to be obsessive about rule performance to the extent that other architectural flaws are overlooked, and to test performance in ill-conceived ways.

If a company adopts a BRMS product, surely any performance issues they experience from now on are the fault of the new product?  Surely representing business logic in a natural language is less efficient than Java or C#?  Well, almost always, the answer is no.  Most BRMSs are very efficient software components that, due to rule-oriented optimization techniques, offer better performance than third-generation programming languages.  By now, the market has eradicated products with serious performance impediments.  In fact, performance issues are most often caused by:

There is rarely an inherent shortcoming with the tool.  Worse, this distraction with BRMS performance can lead to a disproportionate focus on 'optimizing the rules' at any cost, thereby obtaining a small benefit in performance by compromising the business clarity of rules, project budgets, or some other critical success factor.

For example:  a recent client achieved a four-fold increase in their rule performance after two man-months effort and was delighted.  However, the rule execution was less than 2% of their end-to-end run time.  Consequently their effort (an estimated 5% of their total budget) had only bought them a 1.5% improvement in end-to-end performance [((4-1)/4)*2%] — a poor ROI by anyone's standards.

9.  Not Working Your Vendor Hard Enough

The market for BRMS (particularly in the US and Europe) is ever more competitive because:

This means that BRMS vendors are even more desperate to get your business, especially if it is a large, multi-part, or a key-niche project (e.g., financial services, healthcare, or insurance).  It is surprising, therefore, how many clients fail to capitalize on this, both by extracting every benefit possible during the contract negotiation stage itself and, more subtly, by being very demanding in the competitive, multi-vendor 'play-off' that precedes tool selection.

Although the off-shoring of 3GL development projects (critically, Java and C#) has had mixed success, the off-shoring of (business-oriented) rule development is still a recipe for disappointment.  This is largely because of a lack of offshore business skills and BRMS experience.  Worse still, some offshore vendors are willing to be completely dishonest about the competencies of their teams, especially when inexperienced clients are concerned.  There is a wealth of niche technologies that are utilized in enterprise applications, and not every offshore team can be trained in all of them.  The temptation is to cover the most commonly-used ones and bluff about the rest — including BRMS.  You should avoid your project being used as the offshore developers training opportunity ... unless, of course, it is priced on that basis and you have mitigated the risk.

For example:  two offshore development houses, with which the author has engaged in the past two years, each claimed many man-years experience with BRMS products.  When the first was asked to submit a prototype as proof of their expertise, they submitted a tutorial demo provided with the product.  When interviewed about their demo, they were unable to alter its behaviour or explain its operation in detail.  The second submitted personnel who subsequently admitted that their sole experience was a week 'cramming' on BRMS technology, prior to their involvement on the project.

Some clients see the enhanced agility of a BRMS as a means of short-circuiting local controls (governing the deployment of code changes) imposed by their own governance bodies.  Most organisations, quite sensibly, have restrictions in place enforcing the need to fully unit test, package, and regression test every code change that is deployed into a production environment.  This policy frequently reduces production incidents and botched deliveries, at the cost of slowing the deployment cycle and forbidding last minute hot fixing of Jar files or CLR assemblies — a tradeoff that is onerous to some and, occasionally, unnecessarily restrictive.

However, in these organisations, last minute changes to the configuration of a system (typically driven by a text 'properties' file) — as opposed to system code changes — are often permitted with minimal testing.  Therefore, once the business policy is expressed as rules, rather than code, the rules are officially labelled 'configuration', thereby permitting fundamental last minute changes under the banner of 'reconfiguration'.  Many BRMSs represent the rule repository as an interpreted file, or database, which supports the appearance of configuration to the inexperienced.  However, this is misleading; although most BRMSs offer a much more controlled environment for defining a policy than any programming language, to equate this with a reduced need to test is reckless and ultimately self defeating.

The agility that BRMS promises cannot be safely achieved if testing is reduced or circumvented.

6.  Lack of IT Involvement

Some inexperienced clients are lured, by the optimistic sales copy of BRMS vendors, into believing that business users can adopt BRMS and develop rules with little need for IT practitioners.  After all, isn't this the value proposition offered by BRMSs:  control of business policy by the business?  Proponents of this approach perceive the entry threshold to the BRMS user community as very low; one only needs to understand one's business and express policies in natural language.  The vendor's IT consultants will analyse the object model, plumb in the BRMS technology, perhaps write a few sample rules, and the business team can take it from there.

However, without the sustained involvement of an IT team, most BRMS projects are doomed to be of very limited success.  There are four main reasons for this:

BRMS are often sold on the premise that they reduce the turnaround time for changes in business policy by cutting out the middle man (i.e., developers).  Does this obviate the need for developers?  No.  BRMSs facilitate an equal partnership between the IT development team (which harvests existing rules from applications, submits them for review, develops a object model that supports all the salient business concepts, interfaces this model to the company's infrastructure, and maintains the model by integrating it with new rules) and the business team (which reviews, amends, and takes ownership of business policy, as expressed in rules, and controls future changes).  Figure 1 shows the role of IT developers in the evolution of rules (in purple).  The dotted black arrows denote change stimuli that trigger actions: 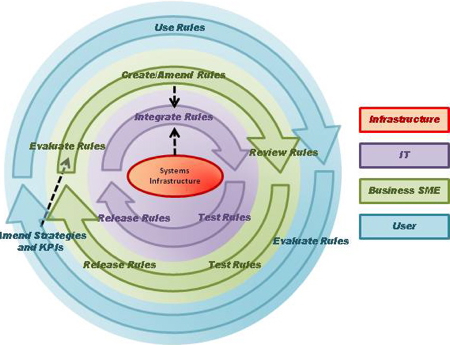 Figure 1.  Role of IT Developers in Rule Evolution

We have seen that BRMS adopters are prone to obsession with the technological details of their projects, or neglect them in favour of the business hype.  A balanced view is required, backed by experienced personnel.

In the next part of this article, we explore what happens when the importance of business input and processes is overlooked, as we address the five most common and debilitating mistakes made by adopters of BRMS technology.

Jan Purchase , "The Ten Most Common Mistakes Made By Corporate Adopters of Business Rule Management Systems (BRMS) And How to Avoid Them (Part 1)" Business Rules Journal Vol. 11, No. 5, (May 2010)
URL: http://www.brcommunity.com/a2010/b535.html

Dr Jan Purchase is Director of Business Rule Architecture with Lux Magi Ltd (www.luxmagi.com), a consultancy specialized in helping financial institutions in the adoption and enterprise-wide use of business rules. Jan has focussed on the analysis and design of business rules systems for top tier investment and retail banks since 1999 and has been working alongside major BRMS vendors for over six years, serving as lead business rule architect in seven enterprise projects during this time. In the 18 years he has spent developing and architecting capital markets systems, Jan has become accomplished at bridging the gap between business experts and technologists — a vital skill for any business rule architect.

Read All Articles by Jan Purchase

The Ten Most Common Mistakes Made By Corporate Adopters of Business Rule Management Systems (BRMS): And How to Avoid Them (Part 2) By Jan Purchase Jul. 2010 | Vol. 11, Iss. 7

The Ten Most Common Mistakes Made By Corporate Adopters of Business Rule Management Systems (BRMS) And How to Avoid Them (Part 1) By Jan Purchase May 2010 | Vol. 11, Iss. 5
Online Workshops