#1 Reason You Should Pay Attention to Pattern-Based Strategies

Summary: In the midst of the economic downturn, many businesses and individuals have lost faith. Trust is one ingredient of a healthy economy. How to trust when the uncertainty sword hangs over your head? In this month's column, Carole-Ann Matignon tells why Pattern-Based Strategy is the roadmap on what to do to regain trust, to get your act together, and ultimately to become a fierce player in the competitive world we live in. 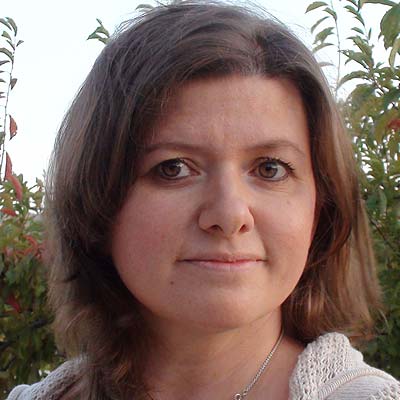 Just over a year ago, on August 9th, Yvonne Genovese released the first report on Pattern-Based Strategy.  Since then, there has been a flurry of reports from many other Gartner analysts on this topic within the context of their own research.  Lately, Gartner even published a hype cycle for Pattern-Based Strategy.

If you are not familiar with this concept, feel free to check the primer[1] I wrote on my blog.  It will get you started with the core principles.  If you know everything there is to know, the best route would be to read the whole Pattern-Based Strategy set of research from Gartner!

Why should you pay attention?

Granted, the research does not really "invent" anything.  But it does a beautiful job collecting older concepts and theories, and organizing them together to highlight the few core principles that matter.  This is a pragmatic approach.  Although some people found it too theoretical, it seems just right for me.  I will let you be your own judge.

Why should you pay attention again?  Well, the timing is good too.  In the midst of the economic downturn, many businesses and individuals have lost faith.  Trust is one ingredient of a healthy economy.  How to trust when the 'uncertainty sword' hangs over your head?  Nassim Taleb's book[2] was a wake-up call for some:  "black swans happen."  Pattern-Based Strategy is the roadmap on what to do to regain trust, to get your act together, and ultimately to become a fierce player in the competitive world we live in.

I always get carried away when I talk about Pattern-Based Strategy.  Now may be a good time to publish a disclaimer that I have nothing to do with it; I am not paid to endorse it either.

So many choices…  Transparency, seeking patterns, op-tempo advantage…  Pattern-Based Strategy is rich in important concepts that contribute to excellence.

Well, the truth is that one of them is a prerequisite for the others to be effective.  Getting better at what you do can only come from knowing how well you are already performing.  As I said before, not a new concept — Six-Sigma initiatives come to mind.

How many companies, business units, teams, or individuals start their projects with this assessment though?  How many projects are built with continued performance monitoring in mind?

I think that Business Activity Monitoring (BAM) contributed to the needed evolution toward a Performance-Driven Culture, but this is not enough.  Performance measurements do not stop with Processes.  Like Pattern-Based Strategy, it applies to People and Data too.  It is a mindset.

How does that apply to Business Rules and Decisions?

This Performance-Driven Culture may actually have the most impact in Decisioning Applications, don't you think?

Opportunities to instill a Performance-Driven Culture are everywhere, starting with the most obvious:

I must admit that, since you get agility for free when you decide to use a Business Rules Management System (BRMS), performance becomes dramatically more important.  It may not matter as much to know how well you are doing when you can't change.  That goes without saying.

Performance-Driven Culture has another side-effect that people often neglect.  In my previous article in BR Community,[3] I stated that "success is infectious."  As a participant in a project, if you can point to its success and (even more so) if you can point to your contribution to its success, you are more likely to be increasingly engaged with your project.  The more engaged the business users, the more successful the project.

Carole-Ann Matignon is President & CEO of Sparkling Logic, a company pioneering new approaches to make Decision Management more widely accessible. Her passion for Decisioning techniques, combined with her technical background, made her a credible strategist and advocate for "Everything Decision Management."

Prior to Sparkling Logic, Carole-Ann served FICO as Vice President for Decision Management Tools. She was in charge of the direction and strategy of the industry-leading BRMS product Blaze Advisor. as well as the Predictive Analytics and Optimization products. She crafted the vision for Decision Management and fostered technological progress. She personally holds a few patents on adaptive analytics and other decision management capabilities.

Her past experience at ILOG (now acquired by IBM) and Cleversys (now acquired by Kurt Salmon & Associates) focused on customer interactions as the head of Field Sales organization in the Americas and Consultant in Advanced Technology group. In particular, she implemented applications early on using Expert Systems and Business Intelligence tools.

Carole-Ann is now a recognized thought-leader in the industry, sharing her thoughts and expertise on her blog and regularly speaking at Decision Management events like Business Rules Forum and Rules Fest.

Read All Articles by Carole-Ann Matignon