Summary: Which approach to use? — a business rules approach or a process-driven approach? That question is a hotly debated topic, with no firm conclusion. Perhaps it's because the answer is neither. (Or could it be both?!) In this month's feature, Casper Yeow takes a look at why these two approaches ought to be friends, not foes. 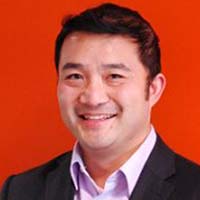 Which approach, business rules or process-driven?  It's the basis of many a discussion with no firm conclusion.  Perhaps it's because the answer is neither.  Or maybe it's both.  In this short piece, we'll take a look at why these two approaches ought to be friends, not foes.

In the simplest of terms, process is about stuff we need to do and the sequence of those actions.  When we talk business rules, it's about addressing risk by mitigation through adopting policy and tactics.  To put it another way, if there were two friends, Process and Business Rule, Process would be the genius with the thick glasses who knows how to do stuff to achieve a certain end, and Business Rule would be the one who knows the 'rules of the jungle' and makes sure the genius doesn't get mauled or eaten!  One is technically proficient, and the other is street smart.  If one tries to take on the role of the other, inefficiency and ineffectiveness often prevail.

I remember doing basic management accounting at university, where we worked out that the most cost-effective way to build a house was to allow specialists to do what they were trained to do; plumbers do the plumbing, electricians do the electrical work, and so on.  We also mixed it up a bit and worked out the cost of building when we mismatched the skills with the tasks.  The difference in costs between the two approaches was astounding.

The point here is that when we try to incorporate multiple aspects of business with a single approach for the sake of convenience, like embedding business rules inside process or vice-versa, things quickly get complicated.  When this happens, change will always cost you more time, money, and quality, compromising the business' ability and/or willingness to adopt and adapt to change.

To illustrate the point, I've devised a simple example, based on the fairy tale of The Three Little Pigs.  Let's say we are developing a procedure response to a wolf sighting using a purely process-based approach.  You may end up with a process similar to the one in Example 1.

Example 1 is an example of a process that incorporates business rules through a series of decision boxes that branch off into the various appropriate actions, depending on the 'decision'.  When taking such an approach, unless the process incorporates all possible permutations of decisions, it is (by definition) incomplete.  In addition, there are a number of terms used in the process that are undefined.  For instance, what distinguishes between a small, medium, and large wolf?  Or what exactly do the classifications 'far away', 'moderate', and 'close' mean in relation to distance?  Many questions remain unanswered.

Despite such apparent flaws, this approach characterizes a large portion of processes developed in business.  Such processes are, by nature, somewhat rigid to change and leave the success and consistency of outcomes subject to too much user-interpretation and discretion.  There's something very anti-Six-Sigma-ish about them!

By itself, that is certainly the case.  However, if supported by a comprehensive set of business rules, it constitutes a robust business solution that is easily adaptable to change.

Without trying to 'boil the ocean', let's consider some business rules for this process.  (Assume we already have a concept model somewhere!)

The first question to answer is "How does a pig know what appropriate evasive action to take?"  To address this, we can use the following decision-table–based business rule.

Following this, we need a set of business rules to define the classifications of Distance between Pig and Wolf and Size of Wolf found within the table above.  Consider the following business rule statements.

A Wolf is considered small if its body length, when standing on all four legs, is shorter than the Pig.

A Wolf is considered medium if its body length, when standing on all four legs, is longer than the Pig by less than the Wolf's head.

A Wolf is considered large if its body length, when standing on all four legs, is longer than the Pig by the Wolf's head or more.

The same exercise can be undertaken in relation to the classification of Distance between Pig and Wolf.

No doubt these statements raise further questions like "How in the world can a pig tell the size of the wolf from a distance?  It's not like the pig's going to ask the wolf to stand still to allow him to compare body lengths!"  Remember, this example is simply to illustrate a point, not about developing a full-blown solution for wolf-evasion … and, oh, it's based on a fairy tale!

Using such an approach, if ever there was a change in policy, the process doesn't have to change.  Likewise, if ever the process changes, there is no need to change the business rules because of that change.  We now have a solution that easily adapts to change — an agile solution, if you like.

Hopefully, what I've quickly put together here effectively illustrates the complementary relationship between process and business rules.  Practitioners will undoubtedly have a favourite approach in developing business solutions and that's OK.  The danger comes when favouritism leads to bias and, ultimately, narrow-mindedness in doing things a certain way at the expense of the overall outcome and greater good.  So it is when we weigh up whether to go with the business rules approach or the process-driven approach.  The answer should always be "both," as best friends ought never to be split up!

Casper has 13 years of experience in the information management industry, with 11 of those years as a Business Analyst. He is passionate about business analysis and is particularly passionate about ‘spreading the word’ in Australia and in Asia about the business rules approach, with aspirations to be a thought leader in the area. His presentation "Pre-cooking using the Business Rules Approach" — together with his colleague and friend Alex Gunjko, at the Building Business Capability conference (BBC) in Sydney 2012 — was well received.

Casper is one of the three co-founders of a specialist Business Analysis company, AREABA. He has since returned to independent contracting, with the intention of using the time he saves from not having to run a business to help his wife, Teena, to bring up their four young children and to write content for a business analysis course centred around the business rules approach.

Read All Articles by Casper Yeow