The Role of Rule Analyst (Part 1)

Summary: As an organization matures in the business rules approach, there arises a growing recognition of the value of managing business rules over the long term. This generally leads to the next logical step -- establishing a rule management function. One of the critical success factors of this function is the development of a new role -- that of Rule Analyst. In this month's feature, Kristen Seer describes the roles and responsibilities of a Rule Analyst. 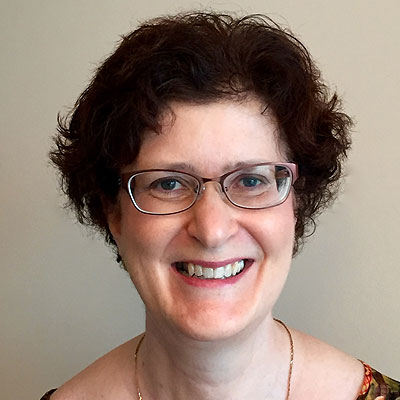 As an organization matures in the business rules approach, there arises a growing recognition of the value of managing business rules over the long term.  This generally leads to the next logical step -- establishing a rule management function.  One of the critical success factors of this function is the development of a new role -- that of Rule Analyst.

This article describes the roles and responsibilities of a Rule Analyst.  It discusses:

For this article, the term 'business rules' refers to the plain language expression of the rules, not the implementation form.

In order to understand the role of Rule Analyst, it is important to understand how the role fits into the organizational structure.  Generally, the requirement for Rule Analysts arises because of the establishment of a rule management function.

The mission of rule management can be described as:

"To support the specification, organization, and improvement of business rules for the benefit of company business practices."[1]

The rule management function is most often a centralized function that supports either a business area or the entire organization.  The function provides a cross-departmental/cross-project perspective and usually coordinates rule-related activities across these groups.

The rule management function may be a stand-alone department or it may be a part of an overall business architecture function.  It generally reports to a business executive, although, in some cases, it is part of the Information Technology (IT) department.

The function provides a centralized location to manage business rules across their entire life cycle from inception to retirement.  This process can be considered the governance process of an organization.

Defining the Role of Rule Analyst

On a day-to-day basis, a Rule Analyst's job focuses on ensuring that the business rules are:

Rule Analysts often act in a consulting capacity to a project.  They can provide value to a project by:

A Rule Analyst maintains the traceability of each rule (i.e., where the rule came from and where it is implemented) in order to be able to perform impact analysis when the rules change.  The impact analysis may include analysis of the impact to all the components of the architecture (terminology, workflow, etc.).

A Rule Analyst encourages the reuse of terminology and business rules.  This is a difficult task, as it requires a cultural change, but it is critical to the success of managing the rules.

Although the job may vary somewhat from one organization to another[3], it generally consists of the basic responsibilities outlined in the table below.

The Personality Traits of a Rule Analyst

Being a Rule Analyst requires more than a set of learned skills; there is a certain personality that comes with the territory.  Although the traits of this personality can be developed or refined, they cannot be taught.

The key traits of a Rule Analyst are very similar to that of a Business Analyst[4] and are described in the table below (in alphabetical order).  A Rule Analyst should strive to develop these traits.

Although the list appears rather daunting, it can be narrowed down to what I would consider the five most crucial traits:

In my experience, these seem to be the ones that successful Rule Analysts exhibit the most.

In most organizations, 'Business Analyst' is a defined position with different levels and corresponding pay structure.  'Rule Analyst', however, is often a role rather than a position, particularly when it is first established.

Although the skills are very similar for both the Business Analyst and Rule Analyst, the focus of the work and the day-to-day activities are quite different.  For example, a Business Analyst will likely facilitate sessions to help capture business rules; whereas, the Rule Analyst would likely review the outcome of those sessions.

The two roles need to work closely together.  A Business Analyst, because they work closely with the business staff, has a good understanding of the business intent of the rules.  A Rule Analyst is a great source for materials, knowledge about the existing rules, and awareness of other initiatives/projects.

A Business Analyst is generally concerned with a certain scope, either that of a business area or a project, whereas a Rule Analyst needs to maintain as broad a perspective as possible, potentially across the entire organization.

The perspective comes into play when examining the impact of a business rule -- a business analyst ensures that the rule functions within the scope of the business area or project, whereas the rule analyst is concerned with its fit into the entire set of known rules.

A Business Analyst is focused on meeting the objectives of a project or business area, which generally tend to be short-term.  A Rule Analyst needs to think of the long-term impact of the business rules on the organization, particularly from the perspective of ensuring that the business rules are consistent with overall corporate governance.

While a Business Analyst is often responsible for capturing Process Rules[5] as part of developing business requirements, a Rule Analyst will often play a more active role in defining Product/Service Rules[6] as this is a very heads-down, complex task requiring extensive knowledge of rule structure and inter-dependencies.

A Business Analyst is concerned with the rules within the context of serving the immediate business needs.  The Rule Analysts takes a longer-term view, being concerned with the entire life cycle of the rules -- from inception to implementation, through all changes until retirement.

Now that you have a good understanding of the role of a Rule Analyst and identified the personality traits a Rule Analyst should possess, the next step is to determine the skills required for the role.  Tune in to Part 2 of this article, which will discuss essential skills, what the job of Rule Analyst really entails, and how to be effective in the role.

[2]  For an excellent explanation of the difference between validation and verification, see Dr. Silvie Spreeuwenberg's article "Using Verification and Validation Techniques for High-quality Business Rules."

[3]  The role will also vary based on the size of the organization.  In smaller organizations, it may be combined with a more traditional Business Analyst role; however, it is important to keep the two roles distinct even if one person fills them.  Alternatively, it may be part of a Business Architect role.

[5]  A process rule is a business rule that guides a process, making it effective and efficient.

[6]  A product/service rule is a business rule that addresses configuration, coordination, and/or constitution of a product or service of the business.