Categories and Roles in Business Vocabulary

Summary: Business vocabularies include terms used by business people for such activities as stating business policy. Many terms represent categories of things or roles that things play. In this month's feature, Donald Baisley discusses 'categories' and 'roles' with regard to definition, meaning, and practical use. The distinction between categories and roles is important when defining terms in a business vocabulary or when using them to write business rules. 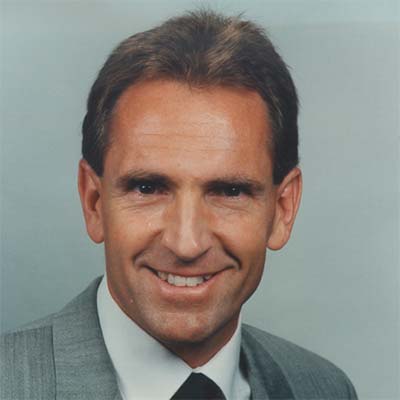 A term in a business vocabulary represents a concept.  A term’s definition typically refers to a more general kind of thing and then states necessary and sufficient characteristics that distinguish things denoted by the term from other things of that more general kind.  The set of characteristics represented by a term is called the intension of the term.  Rarely, a definition lists all of the things denoted by a term -- the term’s extension.  However, such a definition is inappropriate for roles and is impractical for most categories.

Here is a definition of a term representing a category:

The preceding definition of 'physician' starts with a general concept (person) and then states the necessary and sufficient characteristics that would qualify a person as a physician ('licensed to practice medicine').

The second definition resembles the definition of 'physician.'  It defines a category of persons based on a profession.  The first definition differs from the second in that it defines a role in relation to a book, article, or other text.  A statement that someone is an author2 tells the person’s profession.  But a statement that someone is an author1 indicates that the person has written something -- a fact about anyone who has learned to write.  So 'author1' is not useful for classifying people.  But 'author1' is very useful when talking about who wrote a book, article, or other text.  Using 'author2' for authors of books would work only for books written by professional writers.

To avoid ambiguity, a business glossary that must represent both senses of 'author' might define different words or phrases for the different concepts.

A role has a sense of relationship often carried by a verb.  For example, consider the following two business rule statements:

The two statements express the same business rule.  The first uses the verb 'written' while the second uses the term 'author' to convey the sense of 'written.'  A term representing a role is often used with very generic verbs (such as 'has') because the role conveys the meaning of a more specific verb without the verb being present.  Roles also work with simple prepositions, such as the use of 'of' in the second example above.  More elaborate phrasing is required when not using roles.  Consider the following two phrases that convey the same meaning:

The key to distinguishing a role from an ordinary category is whether its meaning conveys a relationship to something else.  An ordinary category is often used to simply classify things.  For example, it is meaningful to say that a person is a physician.  It is less meaningful to say that a monetary amount is an account balance.  Any monetary amount might be a balance of some account somewhere, so 'account balance' is not useful for classification.  Its real meaning is in relation to an account.

The following example demonstrates an important difference between roles and ordinary categories.  Consider the following two definitions and the subsequent authorization statement:

In this case, the statement does not authorize a medical receptionist to assign a person to a physician unless the person is a patient, that is, someone who is admitted and who has a patient number.

The preceding examples all define roles based on more general concepts that are categories.  What happens in the less usual case where a concept (whether a role or a category) is defined to be based on a more general concept that is a role?  Here are some valid examples in the context of a credit union:

One final topic that occasionally arises regarding categories and roles concerns cases in which no single concept starts a definition, but rather, a disjunction of two or more general concepts is the starting point.  Here are two more definitions of 'patient' for illustration:

As shown above, this sort of definition can occur for both roles and categories.  Patient3 and patient4 are based on a general concept whose extension necessarily includes all persons, animals, and plants.  If concepts are defined that are supertypes of all three, then the most specific of these can be considered the general concept that is the basis of the definitions.  For example, if each one of the three terms -- 'person,' 'animal,' and 'plant' -- is defined to be a 'living thing' (directly or indirectly) then the previous definitions are equivalent to these:

In summary, categories serve well as classifications of things, while roles represent things in relationships to other things.  Words in natural language are often used in both ways.  Formal business vocabularies should clearly define the sense of each term and distinguish roles from ordinary categories.  Terms representing roles often facilitate natural and concise business communication.

[2]  Example definitions are based on The American Heritage® Dictionary of the English Language, fourth edition.  Houghton Mifflin Company, 2000.

Don Baisley works in the areas of business rules, vocabulary, and model-driven architecture. He is one of the original contributors to OMG's Semantics of Business Vocabulary and Business Rules (SBVR). Don also contributed to several other OMG activities including development of the Unified Modeling Language (UML), the Meta Object Facility (MOF), XML Metadata Interchange (XMI), and the Common Warehouse Metamodel (CWM).