The Making of the Persian Business Rules Manifesto

Summary: There are many challenges faced by anyone translating a body of work into another language and culture — there are always tradeoffs. Peter Kalmijn shares the challenges he encountered, and how he met those challenges, when translating the Business Rules Manifesto into Persian, the language of Iran and Afghanistan. 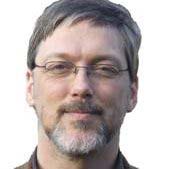 Most of you will agree that the main aim of a translator is to produce, as nearly as possible, the same effect as was produced on the readers of the original.  This certainly poses challenges to anyone translating into another language and culture; there are always tradeoffs.  And these challenges were encountered when translating the Business Rules Manifesto[1] into Persian, the language of Iran and Afghanistan.

The most obvious (visual) distinction is the direction and difference in writing.  Persian (also known as Farsi) is written from right to left, in Perso-Arabic alphabet.  Letters have several different forms depending on the particular letter's position in a word.  As I myself experienced learning Farsi, in written Persian language vocals are omitted; only in children's books are they printed to assist the learning.  However, these are the lesser challenges the translator faces.

Structure — When translating into this language, we should notice that most of the English sentence structure cannot be preserved due to the huge syntax difference between the two languages.  For example, in both formal and informal Farsi, the subject does not appear at the beginning of the sentence as an individual word.  Instead, it is a pronoun attached to the verb, the subject appearing as part of the verb.  Adding to this, many Farsi words can be spelled differently, yet all of them are correct.  Some translators prefer one and, when proofreading a job, may consider the stylistic difference less correct.

This is where my dear native Persian wife, mrs. Doniawe-Kalmijn, was involved.  Relying on our common IT background, we together drafted the first version of the translation, she doing the major work translating, leaving me to explain and rephrase the exact meaning and intention of the English original.  The German and Dutch translations were used for reference.

The first challenge in translating the Business Rules Manifesto was to get access to adequate understanding of the original text.  So we had to study the Manifesto over and over again, as it was obvious the text could not be translated adequately before its meaning was well understood.  However, it soon became clear to us that the greater challenge was the meaning that words derive from the relationship of words in their textual context.

Checking the newly-translated Manifesto the first time was done by a young Persian civil engineer, mr. Karimi, who was on scholarship in Delft and who had no prior knowledge of the subject.  Although the exact meaning of the paragraphs eluded him initially, he easily grasped the general idea and read the Manifesto in Farsi with ease.

Imbalance — The second, more subtle challenge we faced was the existence of lexical, syntactic, and semantic imbalance between the Western languages we translated from and Persian as the target language.  Because of the differences between languages, there is no completely exact translation between any two languages; there is not an identical object in the two cultures.  Thus in translating, these differences have to be taken into account and must be considered as an important factor.

This was mitigated by two native Persian speaking IT specialists who reviewed the Manifesto from an IT perspective, mr. Ahmadi (who is a respected member of the Business Rules Platform in the Netherlands) and mr. Nezhat Seresht.

Languages evolve — The third challenge of any translation is the fact that languages are not static but evolve over time.  Iran's population of 70 million counts about 70% under 30, and the changes to the use of the language must be taken into account.  Two of the reviewers were selected because their age was under 30, thereby representing this target audience.

The final check that we were using correct and stylistically-consistent Persian was done by my honored friend and Persian teacher, mr. Zare, lecturer in Persian literature and language at the University of The Hague.  (Persian language has been studied in the Netherlands since the sixteenth century, which has led to translations of Persian masterpieces of literature like Saadi's Rose Garden.)

Motivation — Regardless of culture and faith, business people all over the world need to express arrangements like contracts, work instructions, and (in general) all business regulations in a clear and concise way that any person can understand, without requiring interpretation by an expert.  This is the case for businesses, as well as society in general.  For me, facilitating the translation of the Manifesto into Persian has been a humble contribution to establish a base for clearly defined and unambiguous Persian Business Rules.

Peter K.J. Kalmijn is an IT Consultant at Atos Europe. He specializes in business information analysis, along with verification, validation, and testing. He has special interest in decision analysis and business rules, and combines this with his intimate knowledge and experience of testing practices.

Peter has authored various papers and articles and occasionally speaks at events. He dedicates his time to helping the development of the central Dutch e-government and to supporting the business information analysis competence of Atos in the Netherlands. He can be contacted at pkalmijn@xs4all.nl

Read All Articles by Peter Kalmijn