Is the Roman Coliseum Architecture? No! This month he clarifies how this is a common (and hindering) misconception for an Enterprise.">

Summary: John Zachman is known to ask, "What is Architecture?" Is the Roman Coliseum Architecture? No! This month he clarifies how this is a common (and hindering) misconception for an Enterprise.

I think before we can define Enterprise Architecture, we need to ask ourselves the first question: "What is Architecture?"

Architecture … what is it?

Some people think the Roman Coliseum is Architecture. This is a COMMON MISCONCEPTION! 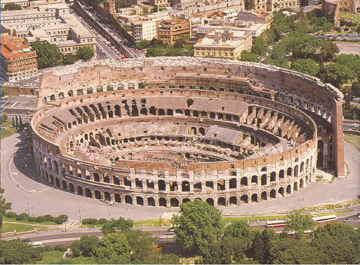 Notice: This same misconception about Enterprises is what leads people to misconstrue Enterprise Architecture as being big, monolithic, static, inflexible, and unachievable … and to believe that it takes too long and costs too much!

If you think that this, the Roman Coliseum, is Architecture, I will tell you, it is big, monolithic, static, inflexible, and it took a long time and cost a lot of money! How long do you think it took them to build this thing? Not a day! Not a year! Not a decade! … it took around two decades.

And … the Architecture had to be done long before they ever created the Roman Coliseum. They could not have even ordered up the stones to stack on top of each other until somebody did the Architecture.

Actually, I was in New Zealand doing a seminar a few years ago and I said, "They could have built a hundred of these things … they only built one" … and some guy in the back of the room said, "No, no … they actually built THREE!" THREE?! I didn't know that! He even knew where they were! I was really impressed!

I was in Rome last June … and I said to these guys in Rome, "You guys could have built a hundred of these things … you only built THREE!" The guys in Rome said … "We built THREE ???? I thought we only build ONE!" (I felt a lot better!)

The point is, you can build as many as you like but this, the Roman Coliseum, is not Architecture! This is an INSTANCE of Architecture.