The Conflicting Senses of the Term 'Data Model'

Summary: We suffer from too many conflicting definitions of the term 'data model.' In the Information Technology (IT) world, a data model refers to either the conceptual, logical, or physical blueprint for the physical database. IT differentiates the data model from the populated database. This is different from how data scientists and the general public use the term 'data model'. Data scientists equate the data model with the populated set of data values, sometimes calling it the model of the data. The result is confusion around the purpose and limits of data models. Joe Danielewicz explains how viewing models as metaphors gives us the flexibility of understanding models as mental maps. 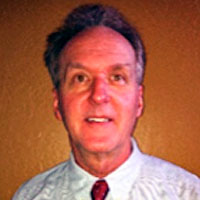 Excerpted from Models, Metaphor and Meaning: How Models use Metaphors to Convey Meaning.

In order to see how confused we are about the term 'data model', we need only look at hurricane weather forecasting.

During hurricane season we are usually confronted with different forecast models that predict different paths for the same hurricane. There are two primary weather forecasting models, with many variations. These data models combine a set of equations that relate the weather sensor input at various locations and make predictions on the path of the storm. The weather model depends greatly upon data assimilation: how the data is populated. The model depends on how the sensors are spaced out geographically and the latency of the updates. All of these variables inform how accurately the model predicts the weather.

In the IT world, the term 'data model' refers to either the conceptual, logical, or physical models — or any combination of the three. The data model does NOT usually include the populated database with the data values or rows. And it certainly does NOT include the application logic or algorithmic code that produces information from the populated database. This is very different from the way data scientists and the public conflate the terms 'data model' and 'model of the data'.

A typical IT data model is the entity relationship diagram (ERD). This one uses Information Engineering (IE) notation.

David Hay has been quick to point out that the entities in an ERD are really entity types. They are equivalent to the classes of an Object Oriented (OO) class diagram. And a data model should really be called a meta data model. The meta data model forms the schema or ontology describing the things in that domain. Unfortunately, it's common IT practice to shorten meta data model to just data model.

Model of the Data vs. Data Model

In the introduction to, The Experimental Side of Modeling, Peschard and van Fraassen make the important distinction between the model and the data.[1]

What these authors are referring to as the "subsequent data model" is the final published form of the experimental observations, as defined by the metadata and the data values. This quote shows that data scientists presume that the data model is subsequent to or derived from the data. This is exactly opposite to how IT designs the data model first, then populates the database afterward.

Another more subtle reason to differentiate the meta data model from the model of data values is because one can draw radically different conclusions from a set of data values depending on how that data is organized, related, and subsetted. And if it's left up to the application to decide how to relate the data, they can probably find relationships that may be random or accidental. Perhaps these accidental relationships depend on misunderstandings of meta model synonyms or homonyms.

It might be suggested that we limit the term 'data model' to mean only the meta model, the abstract data blueprints PRIOR to being populated with data values. But this would be going against common vernacular (e.g., weather models). It's never a good idea to try to proscribe how people should talk. Instead, maybe we can learn to look at data models as visual metaphors that express their meaning in figurative language.

The purpose of the data model is not just to show a graphical image of the relational data tables. The ultimate purpose is to map the business requirements onto the physical database so the application system can generate meaningful information. The logical data model must bear a likeness to the cognitive models in the minds of the business people who analyze various states of the business environment. Data models are visual metaphors designed for the specific purpose of developing databases for information systems. The visual image of the boxes and lines is not as important as the mental mapping between the requirements and the functioning database in the information system.