Summary: The elements of structure that tie together the concepts of a concept model come in two basic varieties, standard relations and verb concepts. In the previous part of this series Ron covered the first type. In this third part of a series on ConceptSpeak™ he discusses the other basic kind of structure element, verb concepts. These elements of structure are based on the verbs and verb phrases you'll need to form and disambiguate sentences that express business knowledge. The wordings for these verb concepts mean exactly what you say they mean — nothing more and nothing less — and it's up to you to get those verbs right.

Unlike the pre-defined semantic constructs discussed in the previous part of this series[3] the business meaning of verb concepts lies completely with the wordings supplied for them by business workers and business analysts. These verb concepts have no implicit or prefabricated meaning of any kind; they represent no deeper semantics. They are business-defined add-ons, custom elements of structure.

Business Rule: An order must not be shipped if the outstanding balance exceeds credit authorization.

On a quick first reading the sentence might seem clear enough. As you look closer, however, the meaning becomes murky. Some important connections are missing or hidden from view. Exactly what does outstanding balance pertain to? How about credit authorization? Are other connections missing needed to interpret the rule correctly?

Figure 1. What connections are needed?

The outstanding balance of what? …order?
or perhaps …shipment? …customer? …account? …something else altogether?

The credit authorization of what? …order?
or perhaps …shipment? …customer? …account? …something else altogether?

To disambiguate the sentence, wordings for relevant verb concepts need to be included. Suppose the following wordings have been included in your concept model:

Visually you can now confirm the connections needed for complete understanding of the rule. 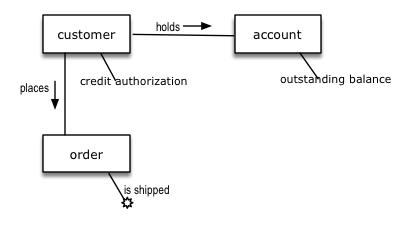 Figure 2. Complete understanding of the rule is represented.

Working the wordings into the sentence to eliminate the ambiguities, the business rule can now be restated as:

Revised Business Rule: An order must not be shipped if the outstanding balance of the account held by the customer that placed the order exceeds the credit authorization of the customer.

Although the resulting statement is a bit wordier, it is far less likely to be misunderstood, misapplied, or mis-implemented; the sentence has now been disambiguated. It makes deep sense, sufficient for formal and computational communication. This example illustrates why verb concepts are so fundamental in concept models — verb-ish things need to be included alongside noun-ish things.

Before digging deeper into the how-to of avoiding such ambiguity, let me make two quick clarifications.

Experts in the field of linguistics emphasize the importance of verbs. Steven Pinker writes, "A verb, then, is not just a word that refers to an action or state but the chassis of a sentence. It is a framework with receptacles for the other parts to be bolted onto."[4] Without verbs, literally there are no sentences. And sentences are how we all communicate effectively.

Let's say your business needs to communicate about people and vehicles — perhaps it's running a state vehicle registration agency or an insurance business. What ideas (sentences) might you want to express? Here are some examples.

These sentences include four basic verbs: to own, to lease, to steal, and to drive. In English, each verb can take different forms (e.g., to own, owns, and owned), but beneath all these forms (which can be called verb symbols), there is only a single idea, the meaning of the verb.

In creating a concept model, we're not interested in verbs or verb symbols on their own, but rather how they are structurally related with noun concepts. The three sentences above, for example, are based on four distinct ways in which people and vehicles relate, namely:

These expressions are called wordings, and their underlying meanings verb concepts. How does a wording differ from a verb concept? The verb concept is the underlying idea or notion; the wording is how you express that idea or notion as a phrase in a sentence. Verb concepts are in your mind; wordings are needed to communicate about them with other people.[5]

In a concept model diagram, the verb symbol of each wording appears close to the line, along with a small directional arrow pointing away from one of the noun concepts. The directional arrow indicates how to 'read' the wording. For example, in the case of owns, the proper 'reading' is person owns vehicle, not vehicle owns person. Vehicle owns person would mean something altogether different(!).[7]

So far, the examples of verb concepts have been binary in that they involve exactly two noun concepts. Verb concepts can also be unary — that is, involve only a single noun concept.

A unary verb concept generally expresses a condition or qualification that is either true or false. Consider the following sentence (a business rule):

Business Rule: A briefing may be only for a product that is being actively marketed.

Figure 4 illustrates how this unary verb concept would appear in a concept model diagram.

Conditions and qualifications like these abound in expressions of business knowledge.[9] Standardizing wordings of this kind that your business uses frequently can greatly improve the overall consistency and clarity of business communication. The wording product is being actively marketed, for example, could appear in many dozens or hundreds of different sentences. Consistent usage is a big step in avoiding ambiguity and miscommunication.

For example, suppose a company builds and markets complex products. Owing to the products' costs and complexity, a sales agent is often briefed about a given product by an experienced engineer. These briefings are selective rather than collective — a specific engineer briefs a specific sales agent about a specific product.

N-ary verb concepts are sometimes objectified (named with a noun). For example, the verb concept in Figure 5 might be called briefing. We'll look at objectification in the next part of this series.

[5] It's not 100% accurate to say that a wording is to a verb concept exactly as a term is to a noun concept, but it's close enough that probably no one but a logician or linguistics professor would call you on it.

[6] Can you use the same noun at each end of a binary verb concept? Yes. For example, consider the verb concept person marries person.

[7] For an in-depth discussion about of the directionality of wordings, see Business Knowledge Blueprints (op cit), pp. 139-141.

[9] Unary verb concepts are also highly useful in expressing knowledge about the state of things. For example, a unary verb concept might indicate whether an employee is active. Or whether an alert is discontinued. An order might be received, filled, shipped, cancelled, etc. States of things will also be examined in the next part of this series.