Summary: In this month's 'Semantics for Business', Sjir Nijssen has invited a guest author to give some of the history of the Orange Report and to summarize its basic subjects. The "ISO Orange Report TR 9007 – Concepts and Terminology for the Conceptual Schema and the Information Base" is a widely-acclaimed early publication that recognized the importance of formalizing semantics of information. This column is the first in a series on the Orange Report. In this instalment Joost J. van Griethuysen introduces the Orange Report, laying the background with a little prehistory.

The ISO Orange Report TR 9007 – Concepts and Terminology for the Conceptual Schema and the Information Base is a widely acclaimed early publication that recognized the importance of formalizing semantics of information:  To understand the information needs of an enterprise we need models of the enterprise, the things and affairs it must know about, and the parts of the enterprise involved in information exchanges.  This column is the first in a series giving some of the history of the Orange Report and summarizing its basic subjects.  In this instalment the author introduces the Orange Report, laying the background with a little prehistory. 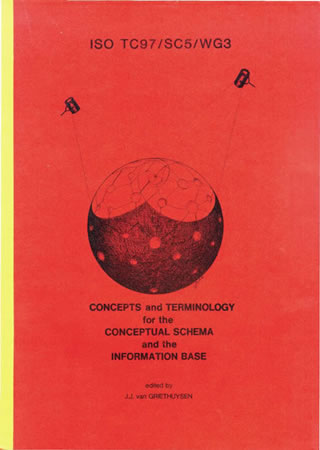 Figure 1.  The Orange Report, one of the ancestors — in daily life one normally has several.

As in all archeological and historical research, only fragments of the true story are uncovered or presented.  In this paper it will not be different.  Therefore if anyone feels unhappy about not being mentioned or about someone else not being given proper recognition, I apologize and invite her or him to contribute to the reporting of our history.

In The Netherlands some early applications of Interpreted Predicate Logic to specify and implement a system to control an enterprise unit — a business — were the control of a railway bridge, the body maker in a tin can production line, a paper mill that produced paper rolls for journals, and a testing line of bi-metal temperature switches.  That was in 1966 and 1967.  The inspiration came from the teaching of logic by the Dutch mathematician and logician Freudenthal, the practical opportunity from Philips who produced in those days a "predecessor" of a chip that contained a logical switching circuit — the Norbit.

A next step in The Netherlands followed in 1969 at Philips Electrologica — the later Philips Data Systems — where the problems and possibilities of large information storage and retrieval systems were studied.  Here, inspired by a paper of Langefors,[LANG1966] we initiated the idea of separating the functionality of information — what we now call the semantics — from the logical form — the logical data base — and the physical implementation in the computer storage means — the physical data base.  The role and support of Herman Schweigman and Gerard Verstraten in this should certainly be acknowledged.

A first attempt was made to apply predicate logic to describe the functionality, but the computer programmers preferred to translate it directly into software using the SPL programming language (a Philips Electrologica improvement on PL1).  The practical results lead up to PHOLAS, the Philips Database Management System that around 1971–1972 was the first implementation of the ANSI/SPARC Three Schemata Approach "avant la lettre."  Within Philips Data System we spoke first of the Functional, Logical, and Physical levels, and later of the Information, Data, and Storage levels.

Later, Pholas was taken over by Siemens as their UDSV2 Data Base Management System and used by them and their customers well into the eighties (and perhaps nineties).  It remained in use extensively within Philips, the big computer user.[GRIET1976] [GRIET1977]

Here the research continued into predicate logic as a means to formulate the requirements of a data base system to meet the needs of an enterprise.[GRIET1978]  Training in this approach in various natural languages (indeed:  in Dutch, English, French, Italian, Spanish, and Brazilian Portuguese) was given within Philips all over the world.

In the meantime, in the USA, various developments in the area of data base processing were going on.  Among these, in late 1972, the Standards Planning and Requirements Committee (SPARC) of the American National Standards Committee on Computers and Information Processing (ANSI/X3) established an Ad Hoc Study Group on Data Base Management Systems.  Important members of this group were Charlie Bachman, Don Jardine, and Tom B. Steel Jr.  The group published in 1975 an interim report[ANSI1975] in which the Three Level Architecture with the Conceptual, the External, and the Internal schemata were introduced.

It was Tom Steel himself who later told me that at an early conference of the group a Philips Data Systems representative provided a cross fertilization that inspired the group to this Three Level Architecture and that therefore one of its important roots was in Apeldoorn, The Netherlands.

At its meeting in November 1977 the ISO committee on Programming Languages (Sub Committee 5 of Technical Committee 97) resolved to create a Working Group on the aspects of conceptual schemata for Data Base Management Systems.

In the following years (1978–1985) this Working Group, known as ISO TC97/SC5/WG3, held 16 Meetings in which 48 members from 15 countries participated.  They represented various backgrounds in scientific work on mathematics, logics, and information technology, and/or had theoretical and practical experience in enterprise analysis, software engineering, and the application of information systems and data base techniques.  Many of them were well known and often considered leaders in their subjects and therefore were invited to join.  I was invited to join the group because of my Philips PHOLAS background, my other background not being known outside Philips then.

The group produced in accordance with their charter two reports.

The first and foremost important report is the report Concepts and Terminology for the Conceptual Schema and the Information Base.  A draft form was published in 1981, and the final version was first published in 1982 as ISO TC97/SC5/WG3 N695.  It is known as "The Orange Report"  because of the colour of its cover:  Orange and yellow (the colour of its binding) were in those days the only ISO standardized colours.  The Report was later (in 1987) formally published by ISO as its Technical Report TR 9007.[ISO1982]  Regretfully the orange cover was replaced by the standard ISO document cover.  However it is still best known as The Orange Report.

A second report — ISO TC97/SC21 N 236, with the title Assessment Guidelines for Conceptual Schema Language Proposals — was published in 1985.[ISO1985]  This report contains, as well as a summary of the basic principles and concepts published in the Orange Report, an extensive list of requirements to which any Conceptual Schema Language should adhere.

Next time, we will examine the seven very fundamental principles that the Working Group developed over the course of their meetings.