Consider the report displayed in Table 1, which lists an extract of details about sales of computer monitors.  In this domain, cities may be identified simply by their name.  There are two kinds of computer monitor:  cathode ray tube (CRT); and liquid crystal display (LCD).  As a way of ensuring one aspect of completeness, the following business rule applies:  for each year and city combination, if we record sales figures at all, we must record the sales figures for both kinds of monitor.  For example, the Year-City pair '2003, Paris' appears twice in the table, once for each kind of monitor.  If '2003, Paris' appeared just once in the table (for CRT, say, but not for LCD) the above business constraint would be violated.

Figure 1 schematizes this report in Object-Role Modeling (ORM), using the quaternary fact type 'in Year in City monitors of MonitorKind sold in Quantity'.  The set listing {'CRT', 'LCD'} besides MonitorKind denotes a value constraint, restricting instances in each population of codes for that type to be one of those two values.  The arrow-tipped bar on the fact type denotes a uniqueness constraint, indicating that each Year-City-MonitorKind combination in the population of the fact type is unique, and hence is associated in this fact type with at most one Quantity.

The '2' beside the line connecting the roles played by Year and City indicates the frequency (number of occurrences) for each Year-City combination that instantiates that role-pair.  Thus, each Year-City pair that appears in the fact table population must appear there exactly twice.  Because more than one role is involved, this is a multi-role frequency constraint . 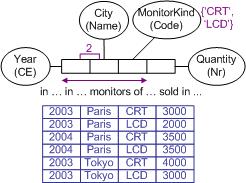 Figure 1.  An ORM schema with sample population for Table 1.

Figure 2 displays a class diagram in the Unified Modeling Language (UML) notation[13] for our Table 1 example. The population is omitted because UML provides no convenient way of displaying it.  The '{P}' after City.name indicates that this attribute provides the preferred identifier for cities, and hence is unique; this notation is not part of standard UML.  Similarly, the '{P}' after Year.nr_CE indicates that the preferred identifier for years is their common era number.  MonitorKind is specified as an enumeration type, with its possible values listed as if they were attributes. 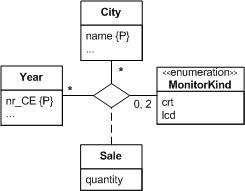 The verbalization patterns discussed may be extended in obvious ways to cater for frequency ranges and combinations (e.g., 2..5; ≤ 5; ≥ 2; 3, 5..7) using techniques discussed in the previous article[11].

Some problems with multiplicity constraints on n-ary associations 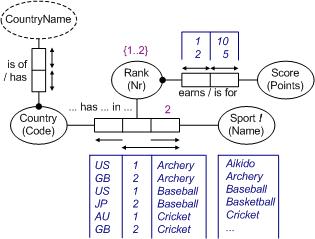 Figure 3.  ORM schema with a frequency constraint requiring each sport to have 0 or 2 ranks.

This frequency constraint cannot be captured by a multiplicity constraint in UML.  In the UML class diagram shown in Figure 4 it is declared informally as a note.  Alternatively, we could assign a name to the ternary association (e.g., Ranking), and then verbalize the constraint as:  Each Sport occurs zero or 2 times in the population of Ranking.  In UML the constraint could also be declared formally in the Object Constraint Language (OCL) notation[14]; however that notation is typically too technical for most business people. 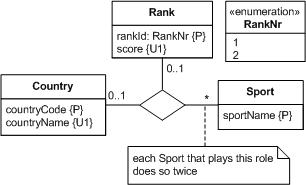 Figure 4.  UML class diagram for the ORM schema in Figure 3.

The circled '≤ 2' denotes an external frequency constraint, indicating that in this context each Student-Course combination is associated with at most two enrollments.  In other words, each student may enroll at most twice in the same course -- this business constraint is adopted by many universities.

The external frequency constraint in Figure 5 may be verbalized in several ways.  Some of the main alternatives are as follows: