Summary: This is the twelfth in a series of articles by Terry Halpin on a logic-based approach to business data and rules using a single language to both create and query data models. The previous article showed how to constrain a relationship to be asymmetric and/or intransitive. In this month's column, Terry discusses how to declare recursive derivation rules in LogiQL and how to constrain ring relationships to be acyclic and/or strongly intransitive.

The current article discusses how to declare recursive derivation rules in LogiQL and how to constrain ring relationships to be acyclic and/or strongly.  The LogiQL code examples are implemented using the free, cloud-based REPL (Read-Eval-Print-Loop) tool for LogiQL that is accessible at https://developer.logicblox.com/playground/.

Figure 1 pictures the nine Egyptian gods collectively known as the Great Ennead of Heliopolis.  Each god is identified by its name and is a parent of zero or more gods in the same Ennead.  A downwards arrow depicts the parent to child relationship.  This example was discussed in the previous article[K] to illustrate asymmetric and intransitive ring constraints. 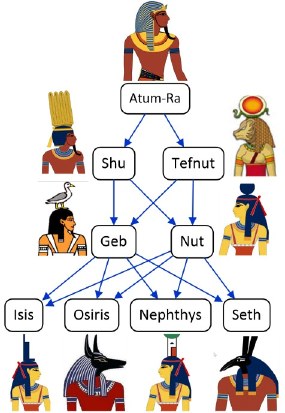 Figure 2(a) provides a simplified data model for this example using a populated Object-Role Modeling (ORM)[5], [6], [7] diagram, with the parenthood relationship constrained to be asymmetric and intransitive.  The example is schematized in Figure 2(b) as an Entity Relationship diagram in Barker notation (Barker ER),[3] in Figure 2(c) as a class diagram in the Unified Modeling Language (UML),[11] and in Figure 2 d) as a relational database (RDB) schema.  For detailed discussion of these schemas see the previous article.[K]  The UML, Barker ER, and RDB schemas have no graphical way to depict ORM ring constraints, so are ignored in the rest of this article. 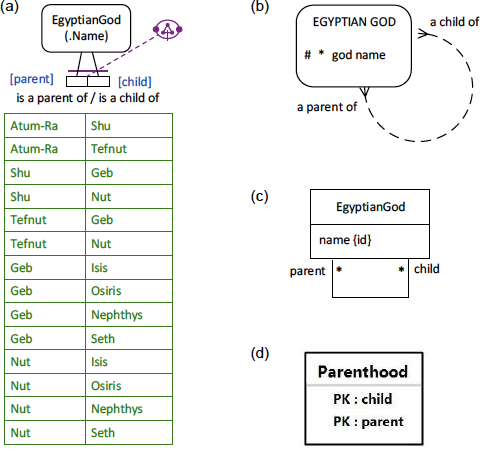 Figure 3.  An ORM schema where ancestorhood is derived using a recursive derivation rule.

The ORM derivation rule is expressed textually in FORML (Formal ORM Language), using subscripted, typed variables.  Logical words are shown in bold type.  Here "iff" is shorthand for "if and only if".  As in LogiQL, head variables are assumed to be universally quantified, with variables introduced in the body existentially quantified.  The use of pronouns such as "who" or "that" enables variable binding to be expressed naturally.  The logical inclusive-disjunction operator is denoted by "or".

As discussed in the previous article, the asserted aspects of the ORM schema in Figure 2(a) may be coded in LogiQL as shown below.

The derivation rule for ancestorhood may be coded in LogiQL as shown below.  The left-arrow symbol "<-" denotes the inverse material implication operator "←" of logic, and is read as "if".  LogiQL adopts the closed world assumption, so if no other rules with the same head are present in the global schema the "if" operator may be interpreted as "iff".  LogiQL uses a comma "," for the logical conjunction operator "&" (read as "and") and a semicolon ";" for the inclusive disjunction operator "∨" (read as "or").  The LogiQL code is equivalent to the logical formula
∀g1 ∀g2 [g1 isanAncestorOf g2 ← (g1 isaParentOf g2 ∨ ∃g3(g1 isaParentOf g3 & g3 isanAncestorOf g2))].

In general, a ring relationship R is acyclic if and only if no object may cycle back to itself by applying R one or more times.  Figure 4(a) intuitively depicts the three simplest cases (where the relationship R is applied once, twice, or three times), using dots for objects, arrows for instances of the R relation, and a stroke through an arrow to indicate an impossibility.  Figure 4(b) depicts the ORM constraint shape for acyclicity, which is a simplified version of the third case, with arrow-tips removed.

Figure 4.  (a) Motivation for (b) ORM's graphical notation for an acyclic ring constraint, and (c) an example.

Since there is no restriction on how long a cycle may be, acyclicity constraints are naturally enforced using recursion.  If there were a cycle in the parenthood graph, it would mean that somebody is an ancestor of himself/herself.  Hence we can implement acyclicity on parenthood by constraining ancestorhood to be irreflexive.  In LogiQL, if the isanAncestorOf predicate is recursively derived as given earlier, this irreflexive constraint may be coded as shown below.  Recall that LogiQL uses an exclamation mark "!" for the logical negation operator "~" (read as "it is not the case that").  In general, any binary predicate may be constrained to be acyclic by deriving a predicate to produce its transitive closure and constraining that predicate to be irreflexive.

!isanAncestorOf(g, g).    // No Egyptian God is an ancestor of itself

The ORM schema in Figure 5(c) may be coded in LogiQL as shown below.

Now copy the schema code provided above to the clipboard (e.g., using Ctrl+C), then paste it between the quotes (e.g., using Ctrl+V), and then press the Enter key.  You are now notified that the block was successfully added, and a new prompt awaits your next command (see Figure 6).  By default, the REPL tool also appends an automatically generated identifier for the code block.  Alternatively, you can enter each line of code directly, using a separate addblock command for each line.

Delta rules to add or modify data are entered using the exec (for 'execute') command.  To invoke the exec command in the REPL tool, type "e" and then select exec from the drop-down list.  A space character is automatically appended.  Typing a single quote after the exec command and space causes a pair of single quotes to be appended, with your cursor placed inside those quotes ready for your delta rules.  Now copy the lines of data code provided above to the clipboard (e.g., using Ctrl+C), then paste it between the quotes (e.g., using Ctrl+V), and then press the Enter key.  A new prompt awaits your next command (see Figure 7).

To perform a query, you specify a derivation rule to compute the facts requested by the query.  For example, the following query may be used to list the names of Shu's descendants.  The rule's head uses an anonymous predicate to capture the result derived from the rule's body.  The head variable gn is implicitly universally quantified.   The variables g1 and g2 introduced in the body are implicitly existentially quantified.

In LogiQL, queries are executed by appending their code in single quotes to the query command.  To do this in the REPL tool, type "q", choose "query" from the drop-down list, type a single quote, then copy and paste the above LogiQL query code between the quotes and press Enter.  The relevant query result is now displayed as shown in Figure 8.

Figure 8.  A query to list the names of those Ennead gods descended from Shu.

The current article discussed how to declare recursive derivation rules and how to constrain relationships to be acyclic symmetric and/or strongly intransitive in ORM and LogiQL.  The next article will develop the Ennead example further, adding a frequency constraint.  The core reference manual for LogiQL is accessible at https://developer.logicblox.com/content/docs4/core-reference/.  An introductory tutorial for LogiQL and the REPL tool is available at https://developer.logicblox.com/content/docs4/tutorial/repl/section/split.html.  Further coverage of LogiQL may be found in [8].